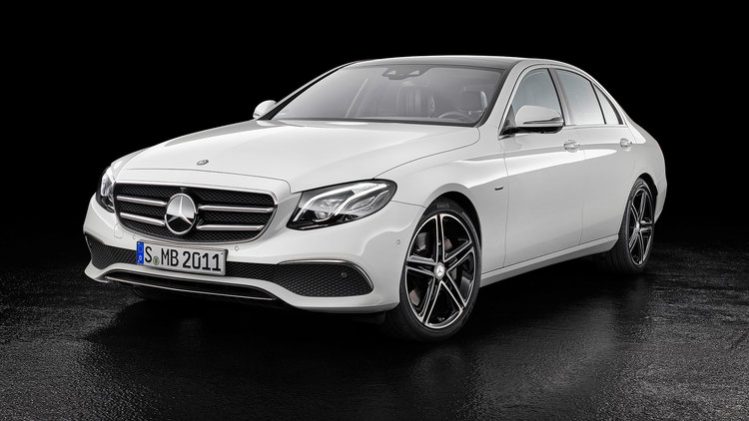 The updated Mercedes-Benz E-Class sedan and wagon have been revealed this week, ahead of a European launch in June.

While the overall look hasn’t changed that much, there are some significant updates for the new range, including the availability of the company’s latest driver assistance systems borrowed from the S-Class flagship along with the AMG 53 mild-hybrid performance variants to replace the AMG 43 versions of the outgoing model.

That means the E-Class can now be had with the newest iterations of Mercedes-Benz’s adaptive cruise control and semi-autonomous steering systems – which adjusts the vehicle’s speed automatically ahead of bends, junctions and roundabouts using data from the satellite navigation system.

Also new to the range is a dual phone mode for the infotainment system, meaning owners can have two phones connected and functioning at the same time for incoming calls. 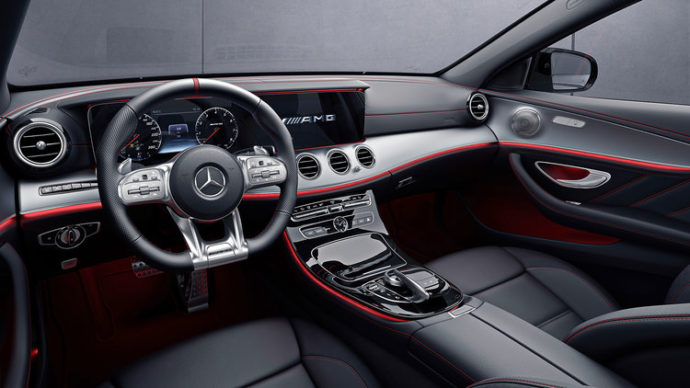 The cabin has received some revisions, too. Noticeable changes include the fresh set of steering wheels from newer models in the Mercedes-Benz stable, with cruise control functions now operated directly from the wheel rather than the outgoing model’s stalk controls.

New center console finishers are now available, along with painted paddle shifters rather than the outgoing galvanized units for AMG Line and Mercedes-AMG models.

Vehicles equipped with the Command Online infotainment package also see the addition of the round analogue clock integrated into the center stack as standard. 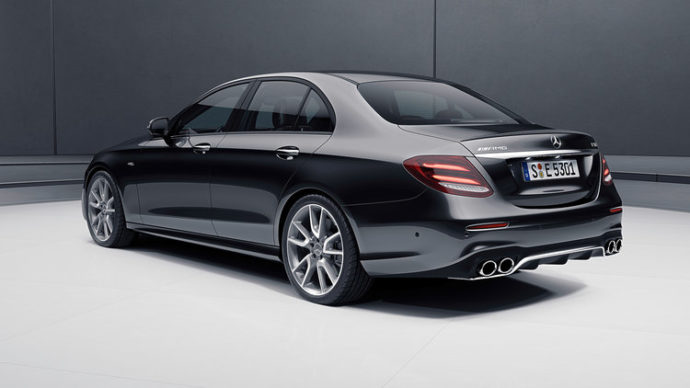 New engine variants have been added at the pointy end of the E-Class range as well. The AMG E43 has been replaced with the E53, pairing a twin-turbo 3.0-litre straight six with an electric auxiliary compressor – as seen in the E-Class coupe and convertible, along with the new CLS families.

A nine-speed AMG automatic is fitted as standard, hooked up to a 4Matic+ all-wheel drive system, making for a 0-100km/h time of just 4.5 seconds (down 0.1s) and a limited top speed of 250km/h – though opting for the AMG Driver’s Package ups that to 270km/h.

Design wise, the E53 can be distinguished from the E43 by its chunkier rear diffuser and rounded quad tailpipes. 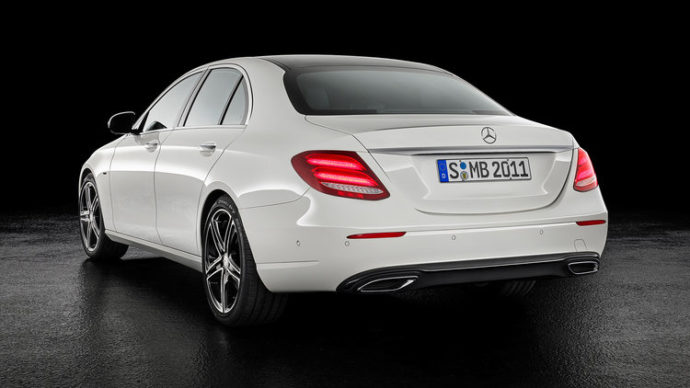 The new diesel is capable of sprinting from 0-100km/h in as little as 4.9 seconds (5.1 for the Estate), while consuming just 5.5-5.8L/100km on the combined cycle depending on the wheel and tyre package specified.